Over the last few days I've managed to get the giant fully base coated and I've applied some of the new citadel washes over the top. He's looking good and it looks like it won't take much dry-brushing and highlighting to have him finished.

I've decided what to start as my next project - my long neglected dwarf army. I have 2500-3000 points worth but apart from a couple of colour scheme testers they're entirely unpainted. Last night I dug out a few miniatures to get started on, a mix of Black Tree Designs metal miniatures and new citadel plastics. Many moons ago I clipped the slots off most of the BTD dwarves and glued them to pennies for an abortive 28mm HOTT army I was planning. UK Pennies are slightly more than 20mm in diameter so to get things to rank up I have been breaking them back off the pennies, drilling pins to their feet and attaching them to 20mm slottabases. This was not as easy a task as I had thought and I ended up with blood all over the place(*) and a broken drill bit for my troubles. Fortunately blood washes off miniatures if you get there quickly enough.

* From two seperate wounds - I didn't learn my lesson after the first time!
Posted by Maccwar at 11:11 2 comments:

Something a bit different

This afternoon I turned my talents to something a little bit different. Smallest daughter is a complete Dr Who nut and had a bit of a paddy in woolies this morning when she wasn't allowed to take home the entire Dr Who toy shelf. Whilst she went for her nap I decided to make her a but of a surprise, a tardis play set including the Dr, some assistants and some adversaries. So far its still in one piece and she played with it right up until bed time so I think that's an afternoon well spent. 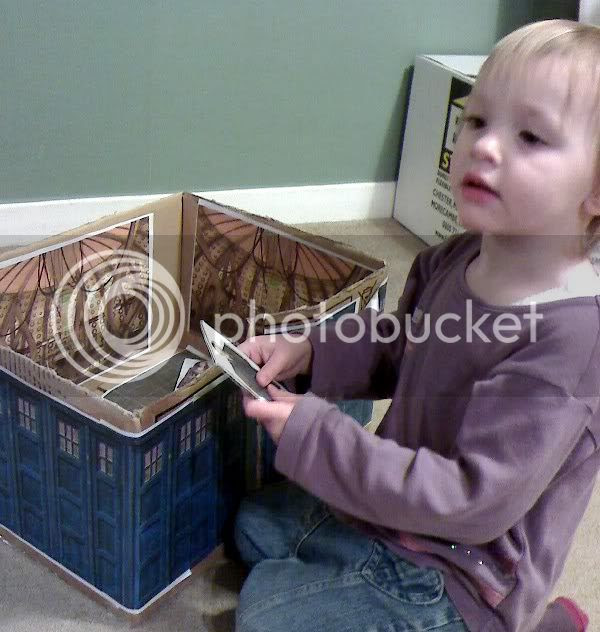 They're finally done! Its only taken since January!

That's the last of the Nemesis goblins done. When I've varnished them and added some static grass I'll try and put some pictures up. They look nice ... but then again they're nice sculpts which does make a whole world of difference.
Posted by Maccwar at 20:26 No comments:

Work, family and 4th edition Dungeons and Dragons have been occupying most of my time. I'm now DMing a 4th edition group once a week and having a lot of fun. 'But surely you need miniatures for 4th ed D&D' I hear you say. Not true. Although I'd strongly recommend using something to keep track of combats, actual miniatures are not required. I made a decision early on to use a lovely piece of software called MapTool instead. Instead of miniatures we now use digital tokens on digital maps which is pretty neat.

I've had a lot of PNKD attacks recently and the doc signed me off work this week to try and stabilise things. I'm feeling much better today so I managed to fit in some painting. I'm now down to the last 4 Nemesis goblins and I've even made a start on the giant (evidence below). I think I've recovered a bit of my enthusiasm for painting again so hopefully it won't be so long before I get on with things again. 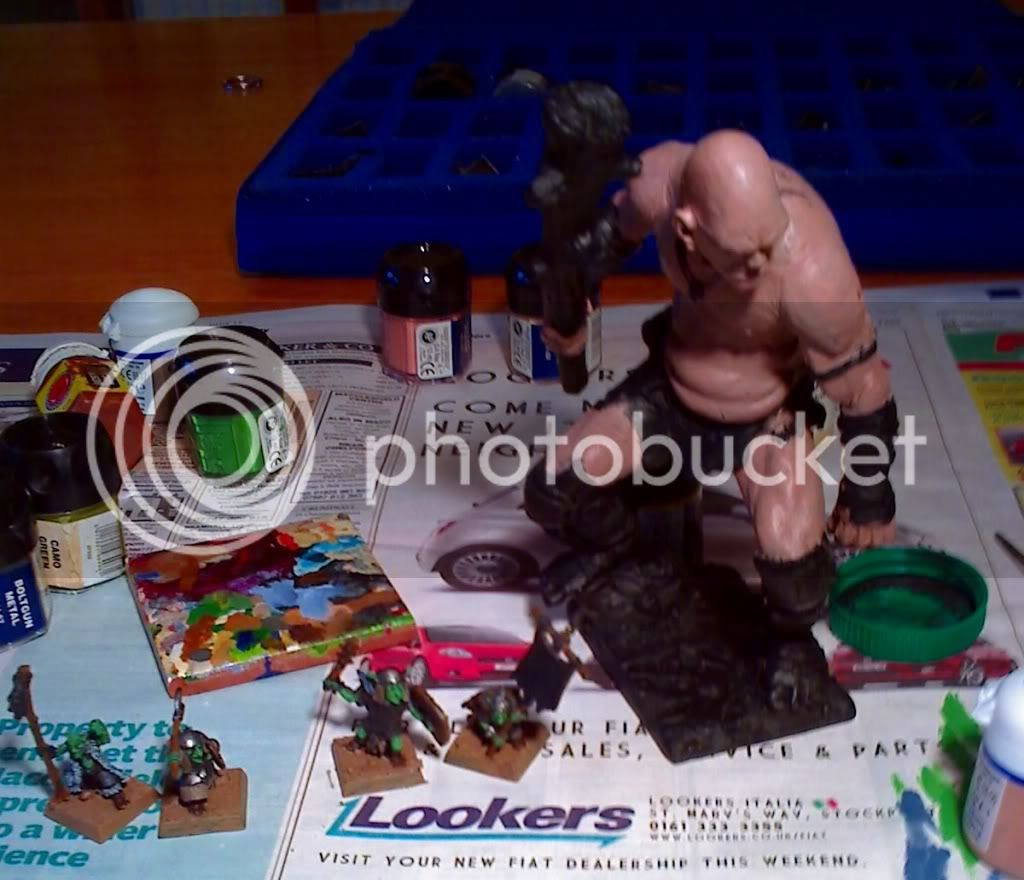