We are now into July which means it is time for me to look back over the first six months of the year and see what I've accomplished.

My pledge tracker spreadsheet tells me that I've painted a total of 103 28mmeq and bought zero new miniatures (8 months and counting!). Whilst this is good news on the pledge front it does mean that I am behind on my aim of painting more than 300 miniatures again this year.

Why am I not painting faster? Well my painting time has been curtailed by PNKD but I've also got a little bored of painting elves.

After a recent disastrous showing at a KoW tournament my attention has been diverted back to my modern city project. My aim for 2016 was the year of completing projects - and the modern city project is a pretty good candidate for this. I had a box of street furniture, some cars, a building and a single 28mm miniature left to do and I have made a pretty good dent in it already. 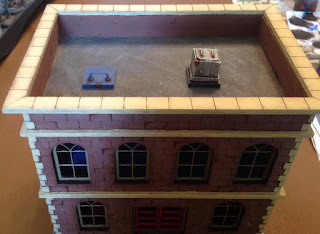 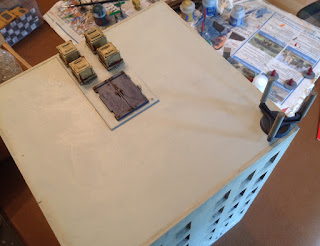 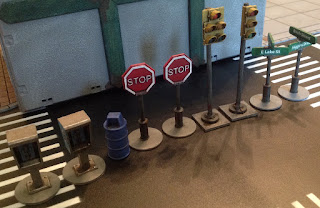 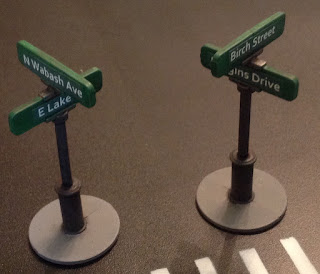 I've also been working on the rules for the game which are coming on pretty nicely IMHO. Once this lot is out of my system I will probably be back painting the elves before too long.
Posted by Maccwar at 10:36 No comments: